The history of Camembert in Normandy begins in the eighteenth with the story of Marie Harel.

The story attributed to Marie-Christine Harel, born in 1761 in Crouttes motherhood in the history of Camembert. Perfecting his cheese board through a refractory priest from Brie, the story goes that she devised Camembert. And after the story is his daughter, also named her Mary and was born in 1787 and his descendants (PAYNEL) who develop manufacturing. The history of Camembert therefore starts with its development in 1791 by Marie Harel. On July 12, 1790, in turmoil révoltionnaire of the history of France, the Constituent Assembly voted for the Civil Constitution of the Clergy. Rather than take an oath to the Republic, many priests prefer to flee the country. In Normandy, the two major ports for shipping to England, are Granville and Honfleur. this is how some priests are led to Vimoutiers cross the region to join Lisieux and the coast.

The story goes that Mr. Abbot Guibe, pastor of Camembert, wrote in a parish bulletin in 1947:. "For the history of the revolution, twelve priests signed acts that I found among these are Jean-Charles is Bonvoust, Benedictine Prior of Rouxville. According to the acts he signed, he was hidden in Camembert in the month of July 1796 to February 1797. According to the story of Victor Paynel small -yarn Marie Harel is the priest who, observing his grandmother manufacture its cheeses, have taught him a recipe he knew. Following numerous research by Mr. Gavin to trace the history of Camembert, celui- it states that in fact it gave religious Marie Harel a cheese recipe that allows the formation of a crust, Camembert cheese before being "white". Marie Harel was able to create a new manufacturing method for market its cheeses. The story goes that she sells in the markets of Camembert and Argentan Vimoutiers. She received numerous awards for the quality of its cheeses. Despite the research for more than forty years of the history of Camembert, remain unknown and as-Marie Fontaine Harel died. The only indication exists, but which could not be verified in the history of Camembert is a letter from Mr. Fontaine-Blanchon which states: "Mrs. Harel-Paynel knew enhance the marketing of Camembert cheese constituting the method his mother, Marie Fontaine Harel had developed and bequeathed him by working with it until his death in 1818 at Champosoult ".

In fact, Thomas Corneille, brother of Peter the author of the Cid, already mentions the pie in his geographical dictionary published in 1708. Indeed, we read: "Vismonstiers. Town France Diocese of Lisieux The village is well populated and is served by 20 priests. there every Monday, a big market where one brings the excellent cheeses Livarot and Camembert. This town was formerly the name of Vicus Monasterii. " However, various other historical texts and archaeological finds show that the cheese is common in the Pays d'Auge in the time of Cornelius. The producers are many in the eighteenth and nineteenth centuries, as place names appear to differentiate and create a form of recognition in order to obtain a better price. These cheeses are made by the farmers but these are the refiners that buy cheese "blank" and the refined for sale. At that time in the history of France, the "pie" is nothing other than these local cheeses, developed around this town in southern Pays d'Auge. Larmatinière The dictionary, published in 1741, includes the same indications. The history of Camembert is also mentioned by Jobey in his "History of Orbec" published in 1760.

The history of Camembert continues XIX: wishing to attend the races the Haras du Pin, Napoleon III from St. Cloud August 8, 1863, by train and arrived in Argentan in the evening. He spent the night in the sub-prefecture and arrived the next morning at the Haras du Pin. On Monday, he met Victor Paynel to Surdon and taste one of those pies. The Emperor is very good and requests a delivery at the Tuileries. It cost me dearly, says Victor Paynel, but then I could not more to meet demand. When Victor Paynel opens a depot in Paris, it is specified on paper headed: "A town of Isigny - butter, eggs, cheese, cheeses Only custodian Victor Paynel Supplier of his Majesty the Emperor.. " Victore Paynel died July 23, 1893. Since 1880, thanks to the discovery of Pasteur, the history of Camembert entered its industrial phase.

Two innovations enabled the growth of this cheese in the modern history of Camembert: the Paris-Lisieux-Caen train line in 1850, which put Normandy six hours from Paris; the wooden box, which since 1890 ensures the best conservation and transportation that just last straw bed. In 1890, the RIDEL engineer had the idea to pack Camembert in a wooden box, that allowed the cheese to travel easily and thus contributed greatly to its diffusion. From 1916 he is part of the ration hairy, French soldiers of the First World War. This will help to publicize it throughout France and to mark its history. But in the absence of special protection, manufacture escapes to Normandy and is imitated in France and outside our borders. The Court of Appeal of Orléans confirmed in 1926 that the name "Camembert" is a generic term entered the public domain.

In these complex times of modernization and concentration of industries in the history of cheese production, camembert producers will try to distinguish their products with particular emphasis on the quality of their cheeses. This will mark the history of Camembert de Normandie, which will go through a "Label Rouge" in 1968.
Then August 31, 1983 is an important date in the history of Camembert de Normandie (raw milk ladled) because it receives AOC Appellation d'Origine Controlée, which should enable him to keep for many years to come its authenticity (This AOC will be renewed Dec. 29, 1986). This same Camembert de Normandie is also recognized at European level since its originality has been recognized by a PDO (Protected Appellation of Origin) in 1996, a name given by the European Commission. Finally, in a broader perspective in 1997, the same producers will create a '' Interprofessional Union of defense of the Appellation d'Origine Controlée "for the promotion of AOC Camembert de Normandie.
The history of camembert and its future is still uncertain. It is indeed tempted by two different routes; firstly the quality maintenance and preservation of an original manufacturing process (and consistent with the idea we have of the pie), and also the pursuit of large-scale industrialization to meet the growing demand.
Advocates of that solution have already equipped their factories robots molding (which allow casting three to eight), "work" raw milk to make it as consistent as possible and campaigning for the re-definition of constraints raw milk. Other retain a manual molding, really raw milk (which requires costly health tests) and for the faithful of local concepts (limiting collection areas), preferences for traditional cows (of Norman race ) and a conventional power supply thereof etc.

The year 2008 cruelly marked the evolution of the history of Camembert. Indeed, some producers (Lactalis and Isigny essentially), wanted to change the definition of the AOC to allow the use of heat-treated milk. The battle that raged at that time particularly in the press reflects the increasing distance of the perception of camembert and some production methods.
In this story, it was finally decided to preserve the authenticity of the "Camembert de Normandie" raw milk which is the role of the AOC. Which earned an evolution of AOC Camembert de Normandie in 2008 (Decree AOC Camembert de Normandie - PDF 200 KB), but especially marked the abandonment of the AOC by large traditional brands making it that much French of today are unable to easily find a Normandy Camembert AOC, yet so often associated with the history of this country! 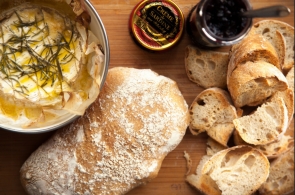 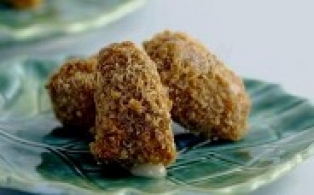 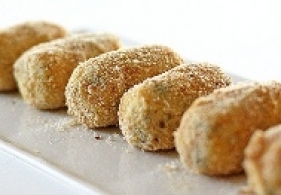 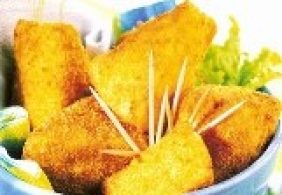