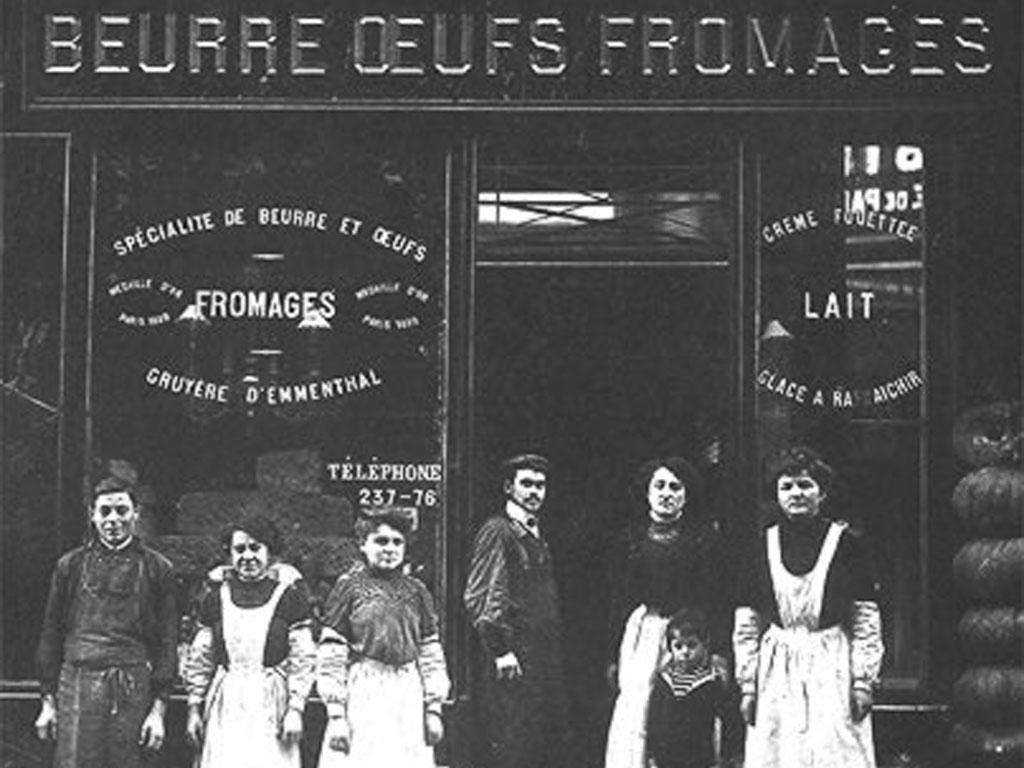 When Henri Androuët, who started off as a peddler for Gervais, had the idea in 1909 of making cheeses from all the regions of France available for tasting to Parisians who were unaware of their country’s rich cheese heritage, the history of the house of Androuët began.

Henri Androuët went into business for himself and opened his crémerie in the rue d’Amsterdam the following year. The house of Androuët was born, and with it the concept of curing as a principle of production.

After the tragedy and disruption of the Great War, he developed his business, curing and aging the available on the market. The banality of the products then being distributed encouraged Henri Androuët to seek out new ones, even going to visit the producers directly in order to get them. His quest for cheeses led him to crisscross France at a time when country roads were still unpaved, slowly acquiring a unique and profound knowledge of the cheeses of France, the places where they are made, and the people who make them.

In the mid-1920, the fame of the house of Androuët, which by then was offering more than one hundred cheeses, had reached the point where Henri Androuët was prompted to open a tasting cellar which soon became a gathering place for cheese lovers.

In the early 1930s, his son Pierre decided not to pursue his architecture studies and went into the family business. His passion for it soon led him to extend the cheese shop and add a restaurant, for which he drew the plans himself, in 1934.

Success was immediate, and the Androuet gourmet restaurant became an institution. Following in his father’s footsteps, Pierre Androuet took to the highways and byways of France to look for cheeses, buying them directly from the producers as much as possible. Like a prospector looking for gold, he continued the search. At the same time, he extended the cellars. There he perfected the curing and aging techniques that, along with the restaurant, have made the house of Androuet famous.
By the 1950s began, Henri and Pierre Androuet were considered the most illustrious maîtres fromagers affineurs in France and in the world. Never lowering his standards of quality, Pierre Androu�t became the unchallenged ambassador of French cheese, traveling the world to learn about, understand, and catalogue production techniques and specialties and become a living encyclopedia of cheese.